A bit specialist, I know, but I do enjoy the Shooting Show. We went on the first day, arriving very early in wintry weather at Stoneleigh in order to grab a warming coffee and bacon sarnie before the show opened.

I’ve got my beautiful Daystate Pulsar to play with, so I wasn’t shopping for new guns, but I did buy one treat: a really nicely engineered Smartrest “Nitro Force SR01” gunrest. 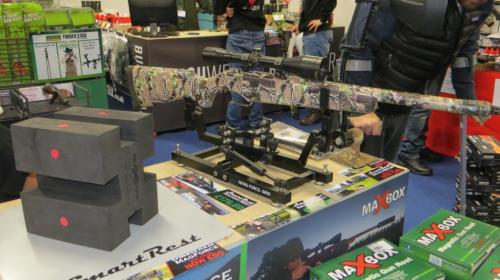 I haven’t used it yet, just assembled it, but it’s smooth as silk in operation, and I think it will be a delight on the bench.

There was one slight sadness. Before the show got too crowded, we aimed to start off in the hall devoted to airguns to see the stands that I was most interested in. Alas, there was some sort of electrical problem, and the hall was in darkness, so no visitors allowed in. It took them a couple of hours to rig up emergency lighting, and the hall remained unheated. The tin sheds at Stoneleigh were perishing cold, and quite a few stalls hadn’t been set up in the gloom, so we didn’t linger as long as we might otherwise have done.

This picture of the indoor arena gives an idea of how dark it was. The dog training was being performed to almost no audience! 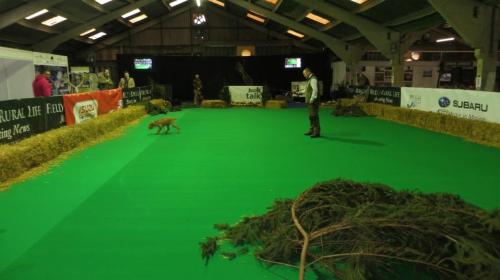 And we came across this unattended stall with fluttering pigeon decoys. The flash has lit it up, but in reality it was almost in darkness: 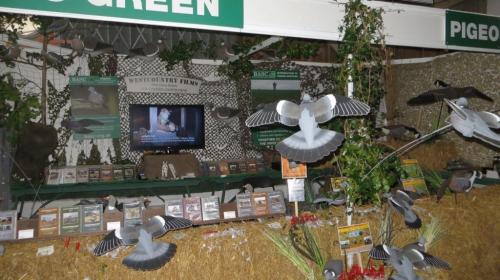 I did get a look at some of my favourite rifles, though. 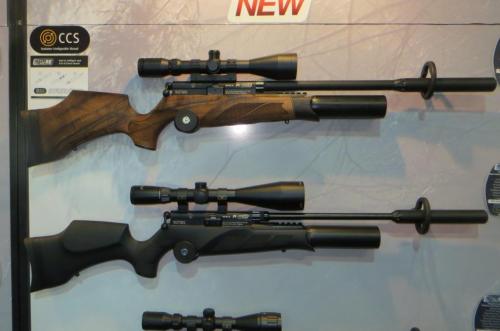 The latest incarnation of the BSA R10 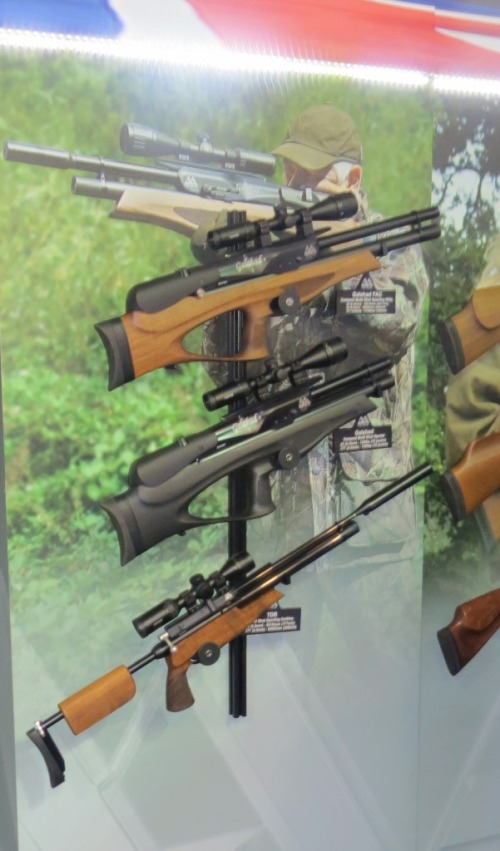 I seriously considered the Air Arms Galahad bullpup, but went for the Daystate Pulsar in the end 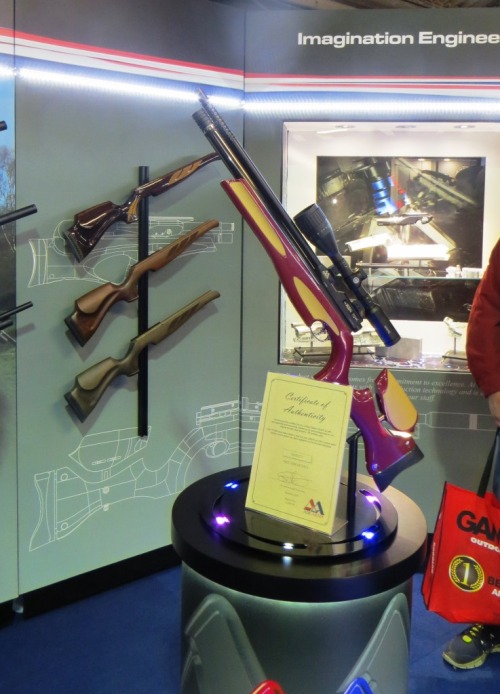 THis Air Arms special edition is really for collectors, not for actual use. It’s over £2,000! 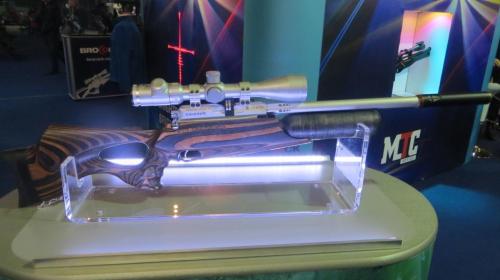 This is a bit of a special edition too, a Daystate Saxon. We met Tony Belas, MD of Daystate who was rallying his troops in the gloom.

There are always a few oddball stands at these shows. These caught my eye: 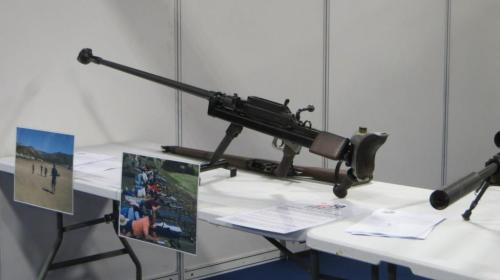 A “shooting gallery” rifle. This is a shooting discipline that I’m afraid that I’d never heard of before! 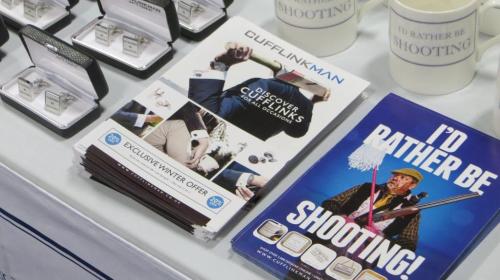 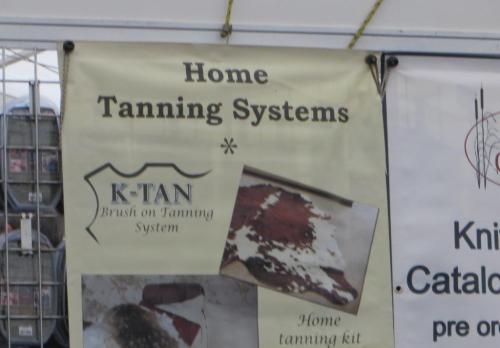 No, not to tone you up for the holidays, but a way of dressing the skins of squirrels, bunnies, and so on.

We admired some fine English shotguns at tens of thousands of pounds a pop, some fine German optics similarly at the top end, and thought about some country clothing but didn’t actually invest. But we had a great day out. Good fun!