After the summer break

I’m afraid that I’ve taken a little time off over the last month, but the darker evenings bring an opportunity to resume.

The allotment has been hugely productive of apples, French beans, and runner beans. The raspberries, blackcurrants and gooseberries were pretty good, too. But the tomatoes were almost universally blighted. From over 70 plants, only two or three survived. Courgettes, gherkins, pumpkins, and squash all pretty well failed. We got a crop of onions, but many are rather soft, so they won’t keep too long.

Looking forward, the leeks look OK, although quite a few have bolted. They can recover from that, though. Cabbages and PSB are looking great, and brussels sprouts are coming on, albeit a bit late.

And we’ve been getting a surplus of eggs, although the rate of production is now slowing a little. We’ve actually sold a few, which contributes a little towards feed costs. 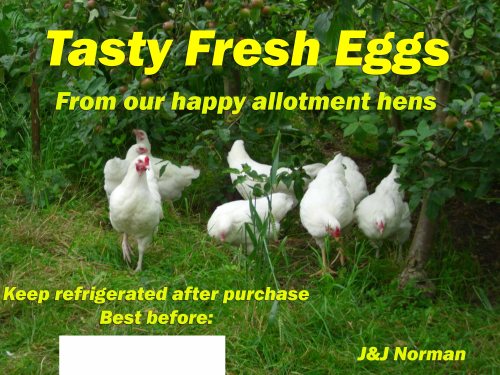 This entry was posted in Allotments, Poultry and tagged eggs. Bookmark the permalink.