In the run up to Christmas, I finally got around to sorting out my much-loved Gaggia Classic espresso machine. 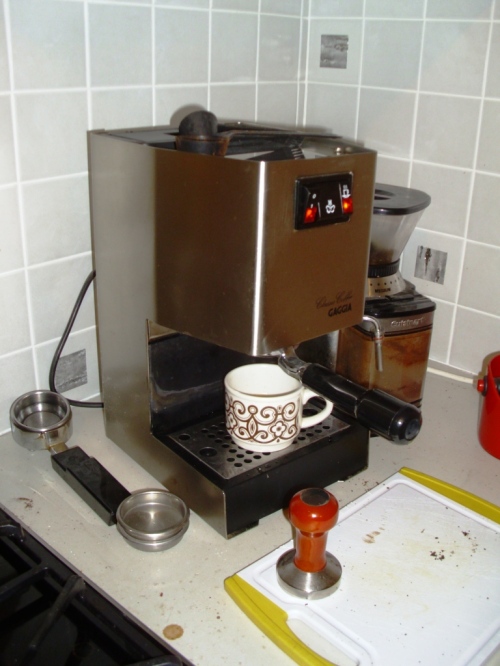 It had started to leak, and no longer delivered as nice a shot of espresso as it used to. After a bit of internet research, I discovered that there’s a specialist repair shop nearby, called MrBean2Cup. Absolutely brilliant! They gave it a full service, a replacement boiler, and a new steam valve all for just over a hundred quid.

I realise that I’d probably have got better value by putting the money towards a Rancilio Silvia, but the Gaggia was a gift that carries a certain sentimental value, and in any case had become an old friend. So I’m pleased to have it back in good working order.

Coincidentally, an email from Dorset Cereals arrived in my inbox, advertising a competition to win some Cuban coffee from Alma de Cuba. I didn’t win, but because Costco didn’t have any Jamaican Blue Mountain for a Christmas treat this year, I thought I’d give the Cuban stuff a try.

And very acceptable it is, too, if not quite up to high grown Jamaican standards.

It was, of course, at this point that I became dissatisfied with my coffee grinder. It’s a relatively low-cost Cuisinart. It still grinds satisfactorily for filters and cafetières, but as it’s got older it has a problem with espresso grinds. Instead of a nice even grind, it’s producing somewhat of a mixture of powder and slightly too coarsely ground coffee. The result is that the water goes through the portafilter too quickly, and the resulting coffee is too weak, slightly sour, and with poor crema.

So I’ve acquired a secondhand Iberital MC22 (aka Cunill Marfil) on eBay. It arrived on Christmas Eve. It was, as the seller had described, in great condition. There was just one problem – it didn’t work. I only had time for a quick check that the plug was properly wired and fused, and had to wait until Christmas morning to see what was wrong. Luckily I didn’t have to look far. No voltage on the secondary side of the on/off switch. Removing, cleaning, and replacing the connectors brought it back to life. Just a bad contact, probably caused during transit. Phew!

So here’s the current setup:

And what a difference the new grinder makes. Beautifully evenly ground espresso, accurately dosed, such that even my limited barista skills can produce a delicious and consistent shot.

It’s got an (almost) infinite adjustment of the grind: 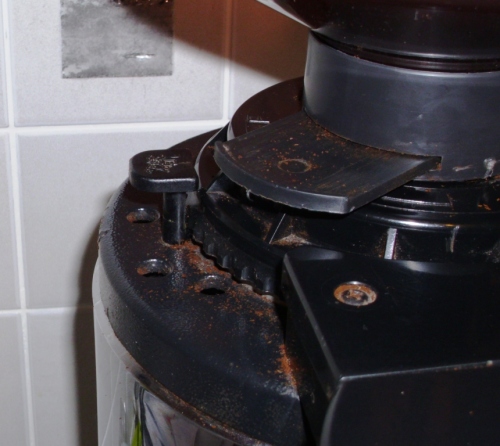 And an adjustable doser:

I just need to get a smaller hopper, since the current one is far too big, and it’ll be perfect!