The Caravan Show, eBikes, and a Spot the Difference game

Today was our visit to the Motorhome and Caravan Show 2014. We had a shopping list. We wanted a cover for the van, to protect against autumn leaves and winter rain, and a solar panel for the nicer days. We wanted to look at holiday sites both in the UK and in Europe. And, no doubt, we’d come across some accessory or gadget or another which looked like fun.

It was day 1 of the show, so everyone was on their toes, and it wasn’t too crowded. Maybe we were just in the mood, but there was plenty of variety, from the colourful …

… to the frankly unexpected. Here’s a falconer with an eagle!

My brother-in-law is in process of buying an electric bicycle, and has pointed out, quite rightly, that a couple of electric bikes would be ideal for caravan holidays. We thought we might spot some bargains. Some great designs were certainly there, but not at bargain prices. 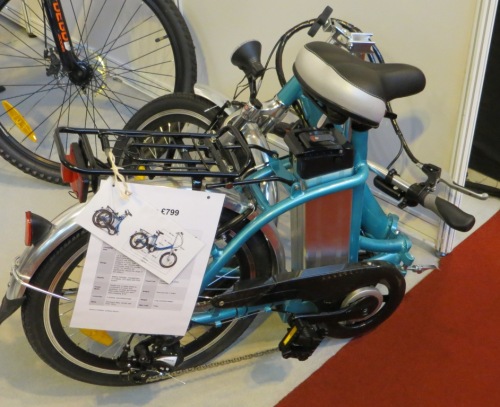 Or perhaps a fixed frame RooDog at a cool thousand. Both with a fifty quid off show special offer. 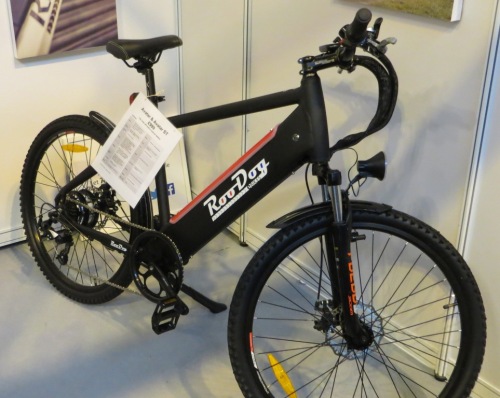 Remember, we’ll need one each, so this is looking like a serious investment. We filled in a competition to try to win the one in this final eBike picture. The Gocycle:

The price tag is partly obscured. It says three thousand pounds, by the way, not three hundred. It’s a gorgeous-looking design, though.

When we first entered the exhibition hall, we found ourselves right by the Bailey stand. And there right in front of us was the very latest version of our current caravan. We have a series 1, and the new one is a series 3.

We had to have a nosey, just to see what changes Bailey had made. And we absolutely fell in love with it. Not just me, but both of us. We didn’t exactly sit there like Mole in Wind in the Willows, going “Oh my! Oh my!” in amazement, but you get the idea. They’ve changed the layout a lot, and as far as we’re concerned, for the better.

There’s a large sunroof window at the front, which came in with the series 2. That means that the front top cupboard space is lost, but it’s a worthwhile trade-off in terms of light. The front gas bottle locker has gone, replaced by a side locker under the kitchen worktop. The extra space at the front means that the couches/beds are longer, but we still have the useful front drawers and table.

The wardrobes have been moved out of the washroom, and the washroom made smaller. Some people that we’ve spoken to loved the old washroom design, because it was so roomy that it became a dressing room. But I have to admit that we rarely dress for dinner in the caravan. It might be different if we attended lots of club functions, but that’s not our thing. So the smaller washroom is no hardship.

But the jewel in the crown is the dinette. We love this feature, which we had on our first van. The Unicorn series 1 has a perfectly nice dinette, which can convert into two bunk beds. We don’t need the bunks, nor the added weight of the bunk bed components. The series 3 has a much nicer dinette, using the space released by the smaller bathroom. It will convert into a single bed, but the fussiness of the bunk bed conversion has gone.

The other thing that we much value is the fridge. We regret losing the separate fridge and freezer unit in our old van, but this has a good compromise:

It’s a tall slimline fridge with a decent freezer compartment. I was much taken with the sticker on the door. Even we don’t drink that much tea.

And there’s much more. It comes with a solar panel, and Tyrepal pressure monitors, and a wet locker big enough to hold the waste-water tank, and, and, and …

Anyway, after much deliberation, we ended up ordering one. The build will be scheduled for February or March of next year. We should have it nicely in time for the new season, fingers crossed.

Oh, and we didn’t neglect our original shopping list. We ordered a cover for it, too.

One response to “The Caravan Show, eBikes, and a Spot the Difference game”