Today we crossed another small entry off the bucket list: a visit to the Roman fort at Vindolanda. This has been long in the planning, and it was every bit as interesting as we’d hoped. Not only are there extensive (and continuing) excavations, but there’s a reconstructed tower and a really engaging modern museum.

I’ll let the pictures tell most of the story: 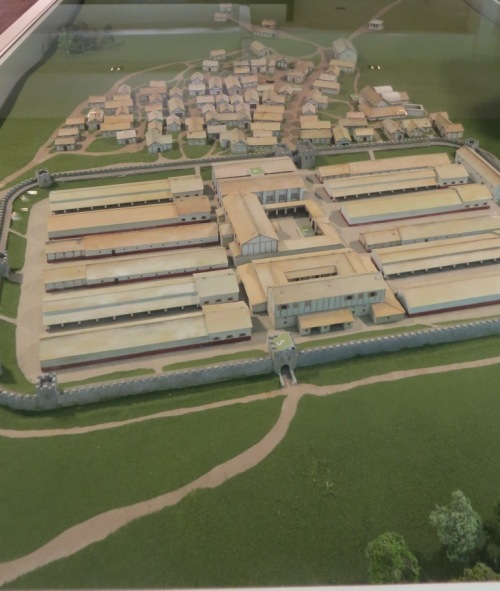 A model of Vindolanda in its later manifestation. The fortified military area is in the foreground, the village behind it. 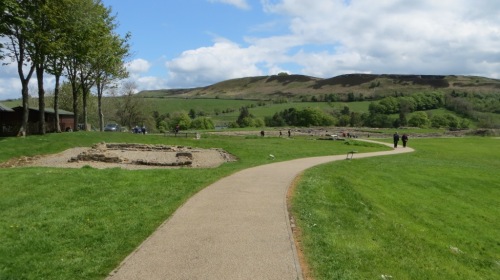 The site is huge. It’s a little south of Hadrian’s Wall itself, and was a command and logistics centre. 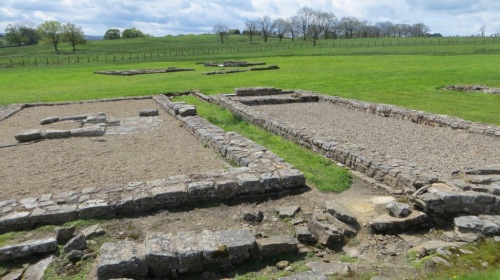 Where the archaeologists have already excavated, the outline of the Roman buildings has been restored. 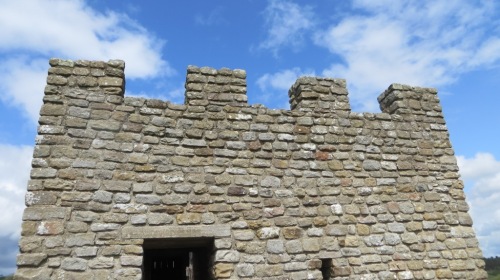 A tower and section of the ramparts has been reconstructed. Military engineering on this scale must have been hugely intimidating to the local tribes. 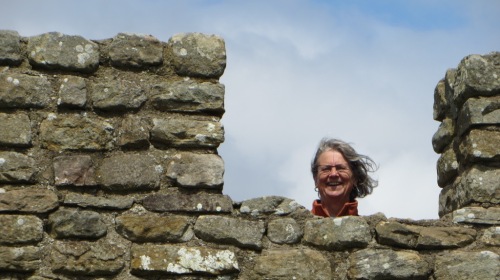 Back in the day, you wouldn’t have seen a friendly face looking down at you! 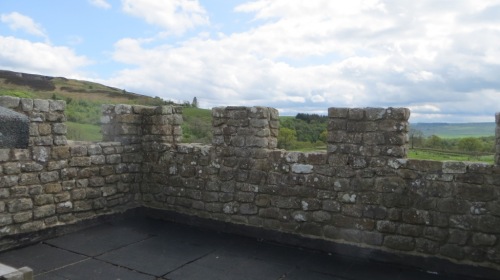 Plenty of room for defenders to prepare and take action. 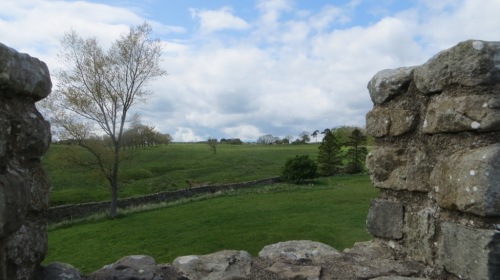 And a commanding view of the countryside. 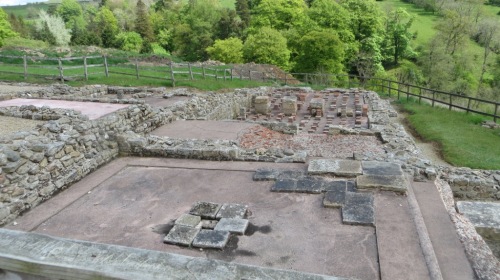 At the far end is the bathhouse. You can see the underfloor heating ducts. 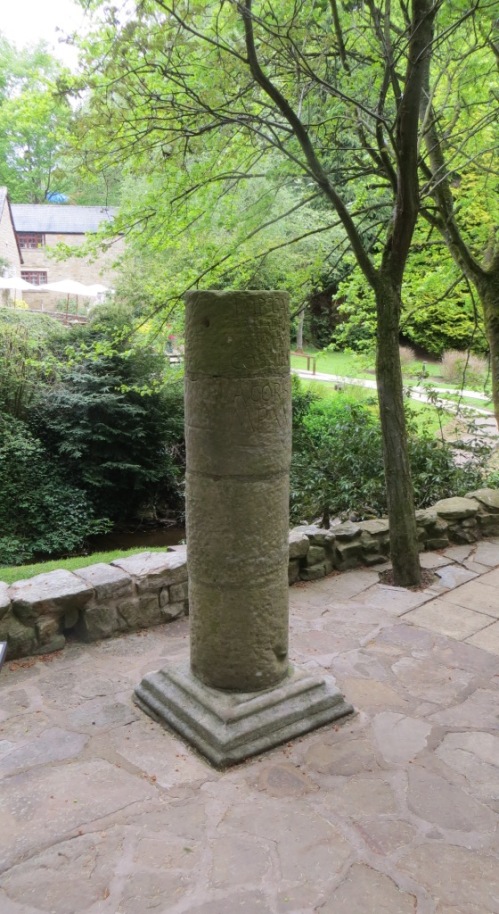 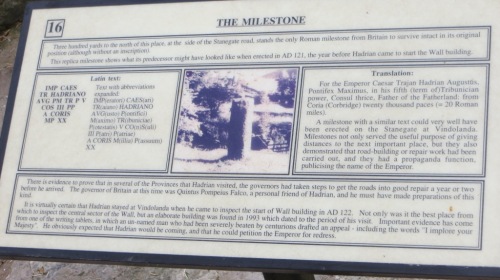 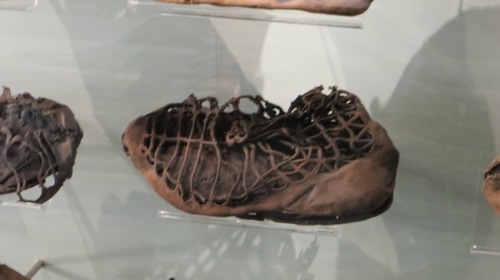 Although the museum contains many treasures, the simpler things often impress the most. The boggy ground has preserved leather very well, from sandles … 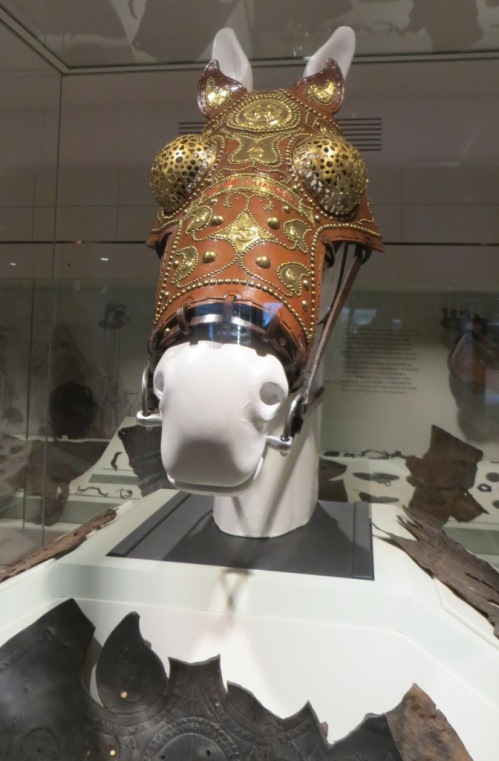 .. to chanfrons. The original is at the bottom of the picture, and at the top is a magnificent reconstruction. 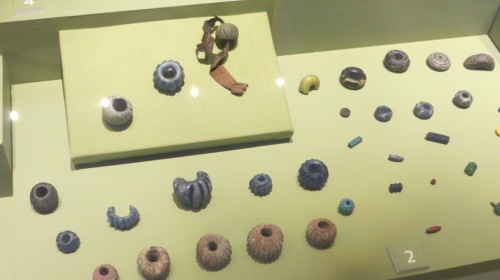 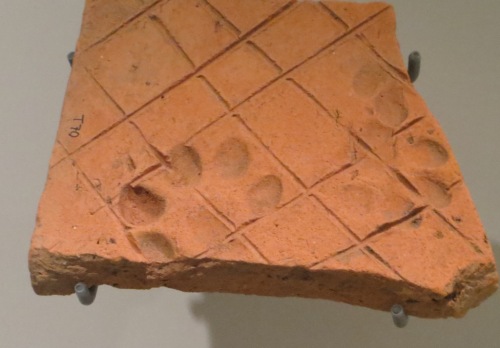 A tile decorated with “paw prints”. 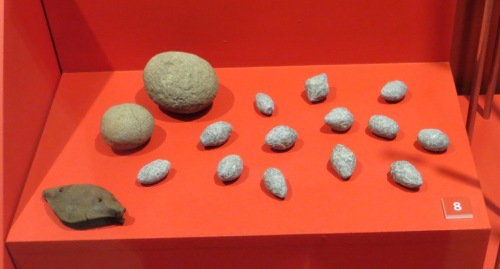 And of course military hardware from slingshot … 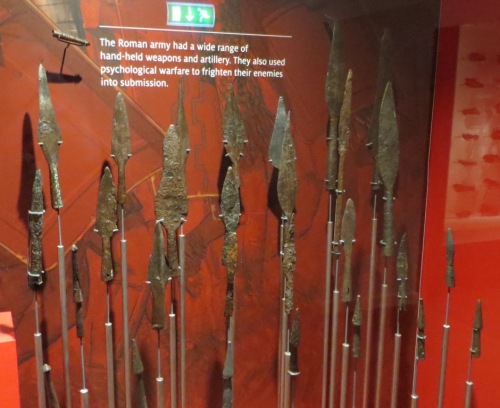 It was too dark to take pictures of the many fragments of wooden and leather sheets used for record keeping, and from which many human stories can be deduced. But they kept us occupied for ages.

Until the tearoom called, anyway.

But a great day out, and well worth the journey for Vindolanda alone.

This entry was posted in Caravans and tagged Hadrian's Wall, Vindolanda. Bookmark the permalink.