After our visit to Woodbridge, we spent the afternoon at Sutton Hoo.

We started with the museum, which is very much in the modern style of such exhibitions, with carefully chosen pieces and plenty of explanation. There’s an introductory film, with actors obviously enjoying striding over heathland dressed as warriors. The film contained the rather startling revelation that the Anglo-Saxons have now disappeared from Britain, which rather put me in my place.

Apart from the weaponry …

… and a brilliant reconstruction of the ship burial chamber …

… I was most impressed with the fine detail of the jewellery that they made, with enamel or glass in ornate gold brooches. I’d always thought of the Anglo-Saxons as being rather rough types, but their courtly possessions at least demonstrated high art.

After the museum we set out to walk to see the burial mounds themselves. The first part of the walk takes you through a little wooded area, where to our delight the first signs of bluebells were showing amongst the daffodils.

Also in the woodland is the “Gar Seat”, a modern sculpted bench to commemorate one of the Sutton Hoo volunteers. It reflects the style of Anglo-Saxon carving as well as the obvious motif of the boat.

The burial mounds themselves are rather unexciting to look at, but of course we couldn’t visit and NOT walk round them! 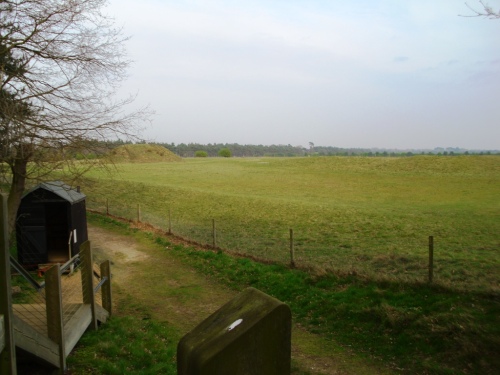 On the way back, there’s a good view of Tranmer House, which has been preserved as it was when the burial mounds were first excavated in 1939. We were short of time to look inside the house, but it’s open to visitors. 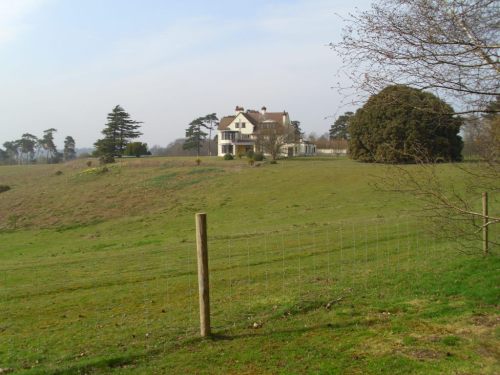 This entry was posted in Caravans and tagged Anglo-Saxons, Sutton Hoo, Tranmer House. Bookmark the permalink.