We first discovered La Rolandière in, I think, 1985. Our children were very small and we enjoyed camping holidays for the freedom and fresh air. La Rolandière was just about perfect.

The emplacements were nicely sized and reasonably secluded, there was a field on which to kick a ball about or throw frisbees, a bar with ice-creams and Tropico, and even a swimming pool.

We returned for several years, and only stopped coming because we bought a holiday home in Normandy. Later we used the site again as a base for motorcycle touring, staying in the chateau itself. Sadly, the site, which had been owned and run by one of the French teaching unions, closed down.

But after an interval, it re-opened, under private ownership, now with a few self-contained wooden cabins and a gite in part of the old coach-house. So in 2011 we rented the gite for a couple of weeks when we took a nephew and niece on holiday with us. To our delight, it was much the same as ever. 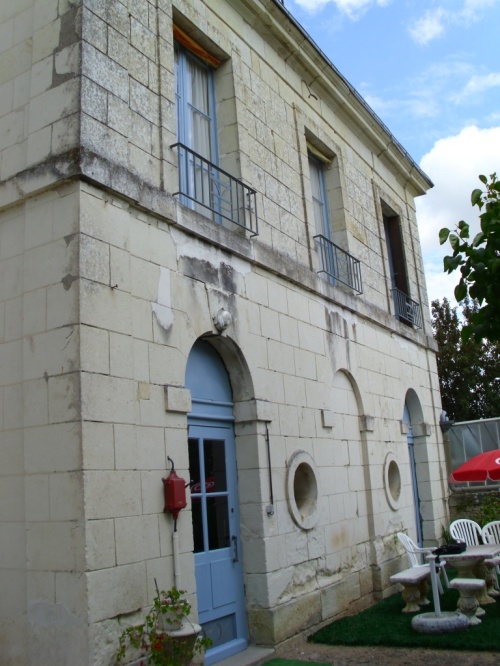 The only slight quirk was the owner, a sort of French version of Basil Fawlty, nicknamed Monsieur Grumpy by the children. He’s a nice chap really, but he does love his rules. Notices like this abound: 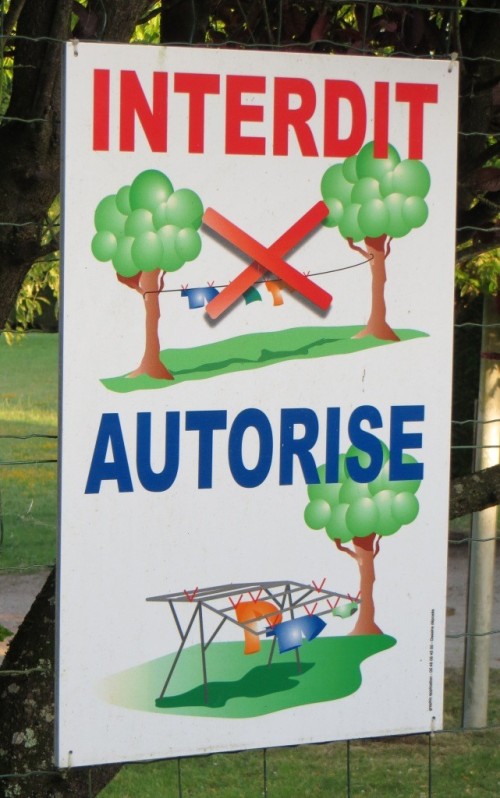 But the facilities are beautifully clean and the site well-kept, and therefore we’ll forgive the occasionally idiosyncratic attitude to the customers. So this year we’re back yet again, but this time with the caravan. It’s still at the end of the low season, so there’s plenty of room.

One response to “Return to La Rolandière”