A hat-trick for the JO Home Cooker

As always, with a new gadget, there’s a temptation to over-use it in the first flush of enthusiasm. But I have to say, after our initial risotto, the next three experiments have been remarkably successful. I won’t keep posting pix of the machine itself, because they would become repetitive. It is, after all, just a self-stirring saucepan.

First up, pytt i panna.

We became very fond of pytt i panna on our motorcycle tours of Scandinavia. It’s very simple, just diced meat, onions, and potatoes fried into a hash. Traditionally it’s served topped with an egg, or just a raw egg yolk, and with pickled beetroot on the side. You can buy it frozen in any Norwegian or Swedish supermarket, take it back to your hytte, and no matter how crude your stove, you’ve got a nice hot supper in a few minutes.

Jamie Oliver gives a recipe for it in the Home Cooker handbook. It made a rather more luxurious version than the frozen packets, and all the better for it, too. Next time, I’ll crisp the potatoes a wee bit more, but otherwise we were happy.

We served it with a lightly poached egg (the last of the season’s eggs), and roast beetroot.

Next, minestrone. I’d never really thought of minestrone as needing constant stirring, but it worked brilliantly. Again, it was rather a luxury version. 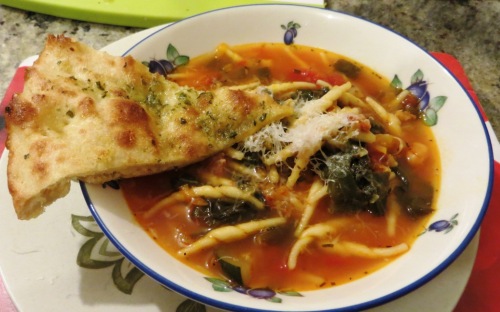 And finally, a vanilla flan. This is flan in the French sense of a pâte brisée filled with a fairly firm crème pâtissière. The version that we enjoy most on our now only occasional trips to France has prunes in. I think it may be a Gascon recipe. Anyway, The JO Home Cooker made the construction of the crème pat extremely painless, based on a Thermomix recipe. And I used a Paul Hollywood pastry which includes ground almonds. It’s the devil to handle, but it makes a nice crisp crust.

Here we go with final assembly … 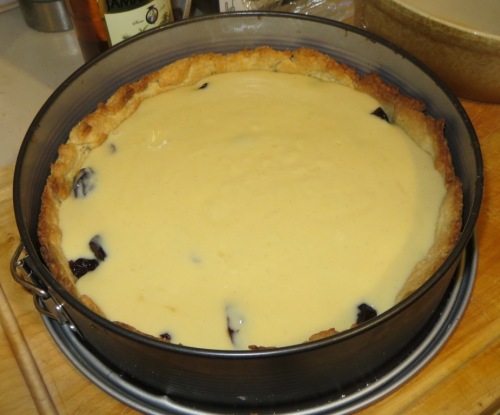 … and the freshly baked flan. I should have buttered the surface to avoid the cracks …

… but it tasted delicious, cut when still a little bit warm. It’s even better cold. 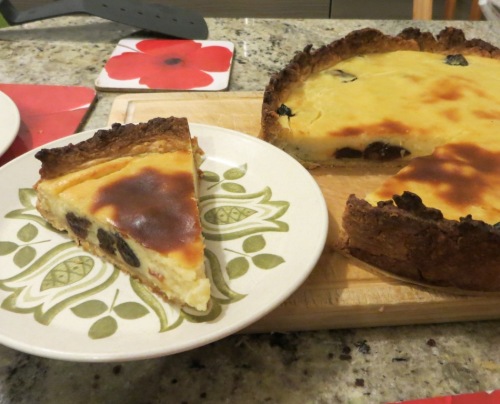 One response to “A hat-trick for the JO Home Cooker”