For the next step on my baking journey, I’m going to have a go at Scandinavian flatbreads. 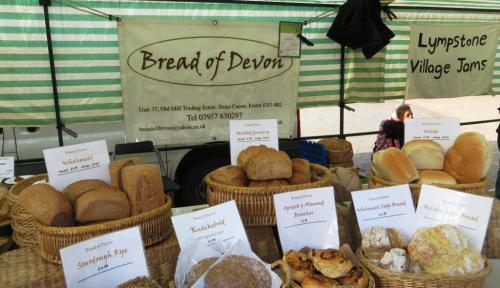 The inspiration came, somewhat incongruously, from Exmouth farmers’ market which we visited whilst we were on hols recently. There we bought some goodies from the wonderfully named Bread of Devon, including some knäckebröd (at the front of the picture). We were planning to prepare a high tea for my sister and brother-in-law. He’s Swedish, and had previously shared some Swedish soft flatbread with us, so … QED. Not only did the crispbreads get the seal of approval from Rolf, we all appreciated them – they were crisp and delicious, with a caraway kick.

Which got me thinking. If Bread of Devon can add knäckebröd to their range, so should I be able to as well. It may take a few experiments, but I’m aiming to make both crisp and soft flatbreads with their typical flavourings of fennel, caraway, anise, and even cardamom.

Of course for me the first step is to buy a book. Better still, two. 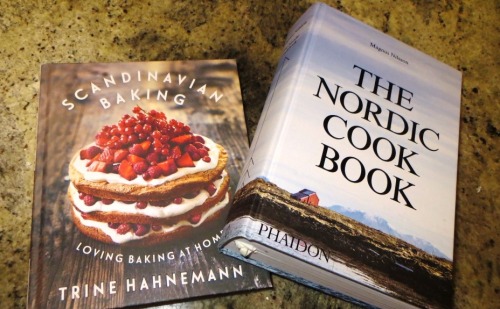 Magnus Nilsson’s The Nordic Cookbook is a treasury of all sorts of traditional and modern Nordic recipes, with a strong section on breads. It covers the whole region: Denmark, Norway, and Sweden of course, but also Finland, Iceland, Greenland, and the Faroes. It’s interesting to see both the similarities and differences across this vast area.

Trine Hahnemann’s Scandinavian Baking doesn’t cast its net as widely, either in terms of region – most of the recipes are Danish or Swedish – or by food types – it covers cakes, bread, and pastries. But there are some fascinating breads, including a delicious rye bread with cracked rye kernels that has to be high on my priority list. The hydration level of some of the breads makes me anxious, since several exceed 100%, that is, more water than flour, but I’ll give it a bash first before jumping to conclusions.

So a trip to The Scandinavian Kitchen in Great Titchfield Street was in order. What a fantastic shop! I got everything on my list, and was given some very helpful advice by Bronte Aurell, whose business it is, and who is also the author of two lovely books: The Scandikitchen Cookbook and Fika & Hygge.

This is what I bought: 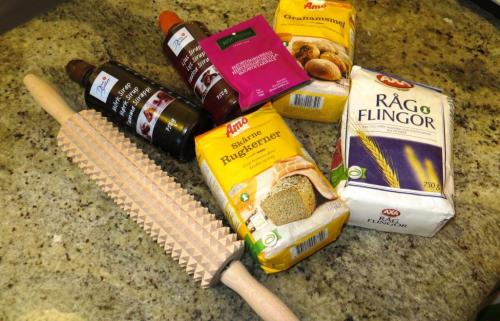 The rolling-pin is a kruskavel, used on flatbreads before baking to expel the CO2 so that they don’t puff up too much in the very hot oven. That came from Amazon, not Scandikitchen.

So, clockwise from the kruskavel, we have dark syrup and light syrup (a bit like treacle and Golden Syrup respectively but with their own distinctive tastes), baker’s ammonia (a raising agent used in Scandinavian baking), Graham flour (coarse wholemeal, commonplace in America, but less frequently seen in UK), rye flakes, and cracked rye kernels.

I’ll be giving an honest report of my first attempts in the near future. Wish me luck!